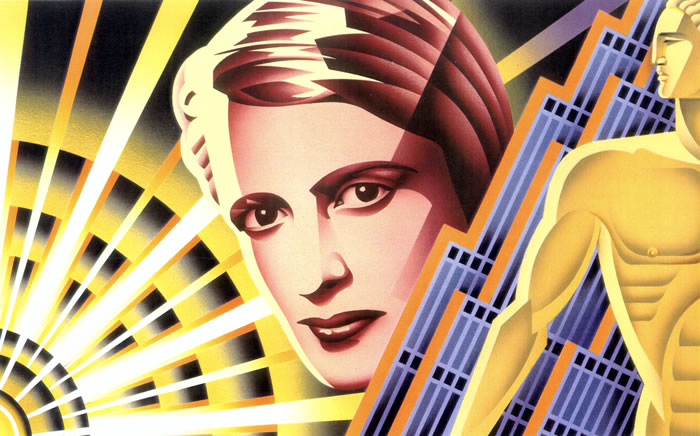 Once upon a time, in a drafty old Victorian mansion in Massachusetts, Charlie Chistlewig sat at his desk figuring out his income taxes. He was looked upon as a shrewd businessman. What he sold was chocolate, and lots of it, to children throughout the world, rotting their teeth out and causing them to be plump, but joyful.

He could have moved his chocolate factory to foreign shores and saved himself a lot of money, but he believed in his workers and his workforce, even after they’d unionized. His chocolate cost a little more, but his workers were loyal to him and the chocolate was very good.

His old partner, Pauly Pimm, has passed on seven years before after going blind and losing both legs to type 2 diabetes. His partner believed in the chocolate factory as much as Charlie did. He believed in keeping faith with his workers and the quality of the chocolate. Chistlewig & Pimm (C&P) chocolates were renowned throughout the world for being the sweetest, tastiest, and most pure.

Charlie was surprised when he saw his old partner floating in the air above him. “Boo!” Pauly said. “Heh-heh! How’s it going?” He was holding a box of a competitor’s chocolates in one hand, biting them in half and chewing them thoughtfully. “You ever eaten these B&A chocolates?” Pauly asked him.

“I must be on some sort of sugar high,” Charlie said to himself.

“No, I’m real. Been having a blast in the afterlife. Got my sight back and my legs. It’s like an all-you-can eat buffet. You ever see me this slim?”

Charlie had to admit he hadn’t.

“No exercise either. Can’t wait for you to buy the farm, old buddy. We’re gonna have some bangin’ times! Anyway, I thought I’d drop by and give you a few tips on how you can enjoy life before death. Brrr! Could this place be any draftier?”

“Well, you know… it costs a lot of money for upkeep.”

“You could do so much better. Believe me. I’ve arranged for a consultant to join you this evening.”

“Sure. She’ll show you how to grow your wealth. Wouldn’t you like to be among the superrich?”

“Not if it means compromising my values.”

“Values, schmalues… You only live once, my friend. YOLO!” He grinned, chewed down another chocolate. “Anyway, she is this hot Russian broad. Met her my first day after death. She’ll set your thinking straight. I’ll be blowing on out of here now. See you when you croak!” He exploded into a fine mist of powdered sugar.

Out of that sucrose fog came the Spirit of YOLO, a woman with a short bob wearing a gray business suit and short heels. “Did I hear you say, ‘Values’?” she asked him with the faintest of Russian accents, staring down at him from where she floated, high above. “What sort of values are we talking about?”

“You know… helping out my fellow man.”

“Man–every man–is an end in himself, not a means to the ends of others; he must live for his own sake, neither sacrificing himself to others nor sacrificing others to himself; he must work for his rational self-interest, with the achievement of his own happiness as the highest moral purpose of his life.”

“Not a man? But what about the future? Doesn’t that matter?”

“There is only one thing that matters and that we’ll remember. The rest doesn’t matter. I don’t care what life is to be nor what it does to us. But it won’t break us. Neither you nor me. That’s our only weapon. That’s the only banner we can hold against all those others around us. That’s all we have to know about the future.”

“But aren’t we all part of the brotherhood of man?”

“There is nothing to take a man’s freedom away from him, save other men. To be free, a man must be free of his brothers.”

“But what about friendship?”

“I shall choose friends among men, but neither slaves nor masters. And I shall choose only such as please me, and them I shall love and respect, but neither command nor obey. And we shall join our hands when we wish, or walk alone when we so desire.” She glared down at the paperwork on the table. “Is that an INCOME TAX FORM?” she roared.

“It’s the law. You have to pay your fair share of taxes.”

She sighed heavily. “Every government interference in the economy consists of giving an unearned benefit, extorted by force, to some men at the expense of others.”

“But what would happen to us, as a people, when if allowed those who live on the margins of society to fall deeper into poverty?”

“Poverty, ignorance, illness and other problems of that kind are not metaphysical emergencies. By the metaphysical nature of man and of existence, man has to maintain his life by his own effort; the values he needs–such as wealth or knowledge–are not given to him automatically, as a gift of nature, but have to be discovered and achieved by his own thinking and work,” she said. “The actions of all group leaders throughout history have had one common element: altruism – common good of the collective. Religious leaders and the ‘moral’ majority condemn the likes of Hitler, Stalin, etc. but their movements and foundations are alike.”

“Pity for the guilty is treason to the innocent.”

“Guilty? Of what? Being poor is a crime? It’s like saying that the Native Americans got what was coming to them when we pushed them out of their land.”

“They didn’t have any rights to the land, and there was no reason for anyone to grant them rights which they had not conceived and were not using. What was it that they were fighting for, when they opposed white men on this continent? For their wish to continue a primitive existence, their ‘right’ to keep part of the earth untouched, unused and not even as property, but just keep everybody out so that you will live practically like an animal, or a few caves above it. Any white person who brings the element of civilization has the right to take over this continent.”

“Um. That sounds selfish and immoral.”

“Selfishness does not mean only to do things for one’s self. One may do things, affecting others, for his own pleasure and benefit. This is not immoral, but the highest of morality.” Her ghost grew and grew until it consumed the room. If she’d had any weight, she would have crushed the table, the desk and the couch. But she had no weight. None whatsoever. “I can say — not as a patriotic bromide, but with full knowledge of the necessary metaphysical, epistemological, ethical, political, and aesthetic roots — that the United States of America is the greatest, the noblest and, in its original founding principles, the only moral country in the history of the world.” And then she burst like a balloon, leaving behind a cloud of confetti with one tiny word written in capital letters on each tiny piece of paper: ME. The room was covered over in ME, ME, ME, ME, ME.

Charlie went into the closet and dug out a push broom. He swept and swept and swept some more, but couldn’t seem to get all of the confetti. There was a knock on the door. He wiped the sweat from his brow with a sleeve and answered it.

“And I’m former Vice Presidential candidate Paul Ryan,” said the second man. “We’re going door-to-door this Christmas eve asking everyone if they’ve read our favorite book.” The congressman handed Charlie a copy of The Fountainhead. “It will change your life!”

“Get the hell off my lawn.”

“We’ll go see if your neighbors hate freedom as much as you apparently do,” the senator said.

“Though we do respect your rights as a property owner. Go ahead and do some fracking if you like!” the almost Veep said.

Charlie slammed the door shut. With those lunatics in charge, maybe it was time to move the factory overseas after all.