Editor’s note: Joseph Hirsch is the author of The Dove and the Crow, the latest release from Paragraph Line Books.

I’ve read far more books than I’ve seen films, which means that after I’ve read a book, I tend to know whether or not I’ve encountered greatness. This isn’t always the case with movies, since, as mentioned, I’m not as familiar with movies as I am with books. The first time I saw 2001: A Space Odyssey, I didn’t say to myself, “That was great!” as I would after reading a great book. I said to myself “What the hell was that?”

Most movies just don’t work for me. I think a small handful are great, and I watch them repeatedly, because they never get old to me. These films include Dawn of the Dead (the George A Romero 1979 version), Once Upon a Time in America, 2001: A Space Odyssey (as I mentioned before), and now, most recently The Assassination of Jesse James by the Coward Robert Ford. It is, as I think John Lennon once observed about 2001: A Space Odyssey, the kind of thing a fellow can watch once a week.

Even a good movie is one I don’t want to see twice, but with the great ones, no matter how many times I see them, it’s always a new experience. Something changes, and it always feels like the first viewing. So what, I keep asking myself, keeps bringing me back to Jesse James (forgive the truncation of the long title, which was a point of contention with a lot of critics, who thought it, and the film, too languorous)?

People who love the movie (and it has quite a few devotees) cite things like the wonderful cinematography and the lush score by Nick Cave and Warren Ellis, along with meticulous period detail and Oscar-worthy performances. These people are all correct, to one degree or another, but talent and production values alone don’t bear obsessive repeat viewings that still don’t begin to unlock the mystery contained in a great film.

It seems strange to compare a period Western to a great science fiction classic, but I believe both 2001: A Space Odyssey and The Assassination of Jesse James produced the same reaction in me upon initial viewing, made me scratch my head and say to myself What the hell was that?

Awhile back I was watching a documentary about the filmmaker Stanley Kubrick, and,  as the subject invariably turned to his SF masterpiece, someone (I forget who and I’m too lazy to check) observed that “the pieces don’t quite fit, and this gives the film its mysterious structure,” or words to that effect. Whoever made this observation is right, both about the structure of 2001, and about how this disjointedness is an asset rather than a liability.

I won’t recap the plot of 2001 for the reader at this point. Anyone crazy enough to follow my logic this far has already seen both movies. Suffice it to say that Jesse James jumps all over the place in narrative terms, just like 2001. It starts out being about Jesse and his brother and a gang of petty thieves, with the Coward Robert Ford orbiting them as a hanger-on.

Then there is a subplot involving Jessie’s cousin, Wood Hite, played Jeremy Renar, who becomes insulted when another James Gang member sleeps with “his daddy’s wife.” The movie at this point does a brilliant job of conveying Jesse’s paranoia, as he rides around visiting various members of his gang, trying to ferret out their degree of loyalty or treachery, in conversations that take quite a while to unfold.

Eventually, brothers Bob and Charlie Ford conspire to either kill or apprehend Jesse James in order to claim the reward offered for the outlaw’s hide. There are very few shootouts, no Indians raids or whooping war parties in the movie, and there is quite a bit of back-shooting; the only face-to-face gunfights are clumsy affairs.

I heard that Rock Hudson walked out of the premier screening of 2001: A Space Odyssey, muttering to himself “Can someone tell me what the hell that was all about?”

I could imagine John Wayne having a similar reaction to the almost anti-Western demystification that is Jesse James. But here’s the thing: as the movie deconstructs the myth of Jesse James, it constructs an entirely new puzzle, not the sort of deliberately enigmatic structure of a David Lynch movie (sorry David), but something arrived at more organically.

At some point, as the title of the film makes clear, Bob Ford shoots Jesse James, and just as 2001’s Astronaut Bowman races helplessly through a tunnel of light and arrives to face his death in the form of a black monolith, Bob Ford is pushed forward, propelled through train rides and saloons toward the final moment where Edward O’Kelly shouts “Hello, Bob!” before discharging his shotgun into the Coward’s brain.

I have watched the following sequence hundreds, if not thousands of times:  https://www.youtube.com/watch?v=bHKE_L76JG4

I have watched it and thought about the year I spent in Iraq, my own false bravado as a young man serving in an occupying Army, my own “pretensions of ruthlessness,” cold-bloodedness,” and “dispassion.” I have watched the sequence on nights when I stayed up wondering if there was a kernel of truth contained at the heart of Christianity, if in fact there is an afterlife, and I have watched the sequence on days when thoughts of suicide flittered through my mind like moths trapped beneath lampshades.

Forget that scene, though. Take another. Try this one:  https://www.youtube.com/watch?v=YFaCvyT8Mpw) So many scenes in the movie already have the mythopoetic feel of having existed forever on celluloid, like the backseat car scene in On the Waterfront, or any immortal scene in Casablanca or The Godfather that you care to name. I don’t care much for Brad Pitt outside of this performance, and, since I watch the same four or five movies over and over again, I’ll probably never ever watch another movie with Casey Affleck in it. But they (and the entire supporting cast) are men possessed in this movie. The performances feel haunted, as if the men we’re watching on-screen are like Bela Lugosi or Rudolph Valentino, and have been dead for a long time already. Much ink has been spilled damning and praising this film, but my favorite observation is from film critic Stephen Whitty, who said the movie was an “epic film that’s part literary treatise, part mournful ballad, and completely a portrait of our world, as seen in a distant mirror.” So many period dramas feel like forced affairs, where modern actors play dress up and fail to really give the viewer the sense that they are inhabiting the past. Jesse James, along with Once Upon a Time in America and Barry Lyndon, is a rare bird, a period piece that pulls off the impossible trick of making the viewer feel as if they are seeing a movie filmed in the distant past.  Watch this scene with Sam Rockwell, portraying Robert’s brother, Charley Ford:   https://www.youtube.com/watch?v=9fi5orKhETo

Think of a man you know or knew from real life, guilt-stricken, broken, an alcoholic uncle perhaps, or cousin who committed suicide. Tell me that’s not him.

I’ll put this piece to bed before I make a claim too wild for even the most indulgent reader to countenance. I’ll close, though, by saying that, having watched this movie a few hundred times, and preparing to watch it a few hundred more, there is an adjective I would use to describe it that I’ve never used to describe a movie (and probably never will use again): It is a wise film, a movie that knows things, about youth, aging, regret, shame, and guilt.

Jack Nicholson once observed that, whatever one thought about Kubrick’s films, one had to acknowledge that his movies were conscious. That’s a strange way to refer to a film, as if it was a sentient entity, but that’s the way I feel about The Assassination of Jesse James by the Coward Robert Ford. It is, like 2001, a movie that laughs at me and beats me every time I try to unriddle it. 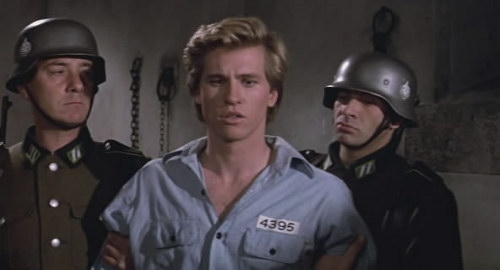