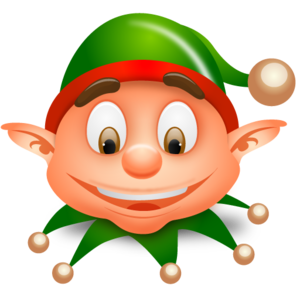 After his first trip to the dentist as a child, Reg the Elf knew what his life would be dedicated to: the acquisition and consumption of nitrous oxide. He staggered out of the dentist’s office and out into the frosty world of the North Pole, nearly bumping into a polar bear. “Steady on there, tasty little man,” said the polar bear.

Though nitrous was his entry point, and his drug of choice, other drugs beckoned to him. He tried out cocaine, but it didn’t last very long, not long enough to suit him. He needed something better. On an expedition to Indiana, scouting out the naughty for Santa, he discovered it behind a strip club outside of Carmel. “You’re a short one, aren’t you?” the stripper said to him. “Nice duds, though.” He handed her a mirror containing lines of some dust he’d found in Santa’s jacket. She took a long snort with a rolled up twenty. She handed him a light bulb and heated up its bottom side, told him to take a long drag. After he hacked his lungs out, he said, “Where have you been all my life?”

“Right here, sugar,” said the stripper. She sat down on the greasy back stoop and slapped her lap. He hopped on. The two of them smoked up some more.

“What’s your name again?” he asked her.

He found her name on the naughty list and scratched it out. “Can you tell me where you got this stuff?”

“Sure, baby.” She drew out a map on the back of an REO Speedwagon concert flyer and then wrote down her phone number at the bottom. “You ever get ahold of any more of that dust, you let me know, squirt.”

“You bet,” he said, and folded up the flyer. He went around the corner to where his reindeer was parked and hopped on the saddled critter.

“You lowlife,” the reindeer muttered.

He unfolded the flyer and showed it to the reindeer. “Take me there.”

“Meth, eh? Anyway, lots of naughty guys there to check out.”

The reindeer turned her head and spat contemptuously. “I gotta make the main team this year. Stop going on these chickenshit runs.”

“No reindeer named ‘Debbie’ is ever going to make the team. Total sausage fest.”

“Sure. Keep telling yourself that, Deb.” From the saddlebag, he pulled out a can of nitrous with a tiny plastic mask attached to it via a clear tube, uncranked a couple of seconds worth of bliss, and put his contraption away. “Let’s hit the fucking road!” 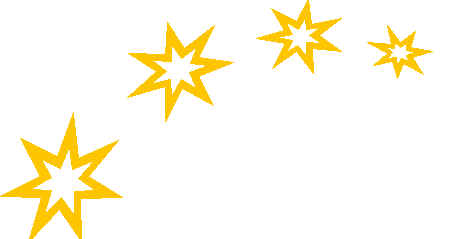 Once he discovered meth, productivity wasn’t an issue for Reg. Sure, he found it hard to sleep, and he was certain that tiny insects were eating away at him from the inside, but he banged out more toys for Santa than any other elf. He made Elf of the Quarter for three quarters running, and then Elf of the Year shortly after that. He had his own parking space, and had Debbie the Reindeer permanently assigned to duty with him.

Debbie spiraled into depression. “I’m never going to make the ‘A’ team,” she said, while taking Reg down to Indiana for the third time in a month.

Reg smuggled the meth back in hollowed-out candy canes. “You used to dream big, Deb,” he said while picking at an invisible bug in his cheek. “You gotta dream big. Dream big!”

Reg’s big dream was to make all the elves as productive as he was, and the only way for the acne-scarred and yellow-toothed elf to make that happen was with his own meth lab. On a tip from a meth-head in Gary, he made his way to Hackensack, New Jersey. Buried underneath a monument to Wally Schirra was a lifetime supply of Sudafed. He paid a long-haul trucker to bring it north to him and set up in an old NORAD quonset hut near a no-longer-functioning radar array.

Soon, nine out of ten of Santa’s elves were smoking up before work, turning out amazing amounts of toys, and Reg was rolling in cash. He hired some Russian mobsters from across the polar ice cap to handle protection and to squeeze elves who owed him money.

It all came tumbling down the day Benny the Elf picked up his tiny wooden hammer and bashed his own brains in. During the autopsy, the coroner elf discovered that several of Benny’s toes had been snipped off with pruning shears. Santa’s Internal Security Service soon picked apart the network, and after a prolonged gun battle with the Russians in Reg’s employ, overwhelmed the quonset hut’s defenses and dragged Reg away.

Debbie was butchered into reindeer cutlets for being his accomplice. Santa invited over the reindeer and made them eat the cutlets with apple sauce. They were slow-roasted with a special sage rub and were delicious. Santa isn’t a monster, after all.

Some say Reg was fed to the polar bears. Others say that a hole was cut in the ice and he was tossed in and consumed by a narwhal.

“Two in the hat!” Blitzen was fond of saying when he was in his cups. The other reindeer would try to shush him, but he’d shout, “I was there, man! Were you there?”

Whatever Reg’s fate, the repercussions for North Pole operations were long-standing. Urine and blood tests became the norm. One failed test and an elf could find himself in Santa’s Gitmo, a tiny island off the Aleutian Islands, the tool and dye plant where many elves entered but few left.

Children, oh children! Remember: There is a terrible price for the presents you enjoy on Christmas morning! Don’t let that stop you from enjoying those presents, but keep that cost in mind when you tear off the wrapping and groan in disappointment because it isn’t exactly the present you wanted.